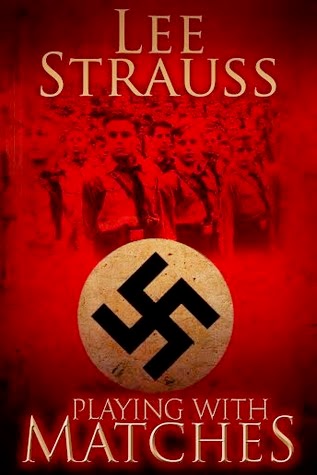 A dedicated member of Hitler Youth, Emil was loyal to the Fuehrer before family, a champion for the cause and a fan of the famous Luftwaffe Air Force.

Then one day the soldiers rounded up the Jews. Outlawed their music, burned their books. Still…it must be for the betterment of the Fatherland, right?

Emil’s friends, Moritz and Johann, discover a shortwave radio and everything changes. Now they listen to the forbidden BBC broadcast of news reports that tell both sides. Now they know the truth. The boys along with Johann’s sister, Katharina, band together to write out the reports and covertly distribute flyers through their city. It’s an act of high treason that could have them arrested—or worse.

As the war progresses, so does Emil's affection for Katharina. He'd do anything to have a normal life and to stay in Passau by her side. But when Germany's losses become immense, even their greatest resistance can't prevent the boys from being sent to the Eastern Front.
------------------------------------------------
When I started reading this book, I just had to briefly research the Hitler Youth movement to understand something of the power it had in Germany at the time.

By 1934, Hitler Youth was the only legal youth organization in Germany. By 1940 it had 8 million members through apparent social coercion or enforced conscription. Hitler’s war machine gradually turned this organization into an arm of the military, culling millions of the nation’s teens, and young boys into the war effort.

Young Emil, like other German boys, is eager to belong to a group that instills pride in his country and to bring his own contribution. From the very beginning of the book however we see that Emil inwardly questions the actions and teachings of the organization.

I thought it extremely brave, maybe even foolhardy, that Emil and his friends, Moritz, Johann, and then Katharina, spread the word locally secretly spreading pamphlets about how Germans were not being told the whole truth about how the war was progressing when they start to hear the BBC radio broadcasts. Others are being killed for such activities.

As the war continues, it’s heartrending to see the changes brought upon Emil and his family, but I like that the book is written from the point of view of a regular German family. I can’t remember ever reading about how horribly the war affected the lives of the Germans themselves, and yet it seems impossible for them to stop it.

Friendships, families, and lives are torn apart, and living conditions become deplorable as the war takes everything. Young Emil eventually is enlisted into battle, stoically finding ways to keep himself going. It’s terrible that a teenager should have to deal with life and death like this. The author mentions that some of these events are written from true experiences of people who were children during the war, making elements of the story very real.

I was mesmerized with this story and how far down the wrong road man can go. Playing With Matches makes me contemplate the social groups that I'm currently involved in.

I think this book would be a great addition to the high school curriculum as a teaching aid, and is a great read for those interested in the social history of the early 1940s.

Playing with Matches Available on Amazon