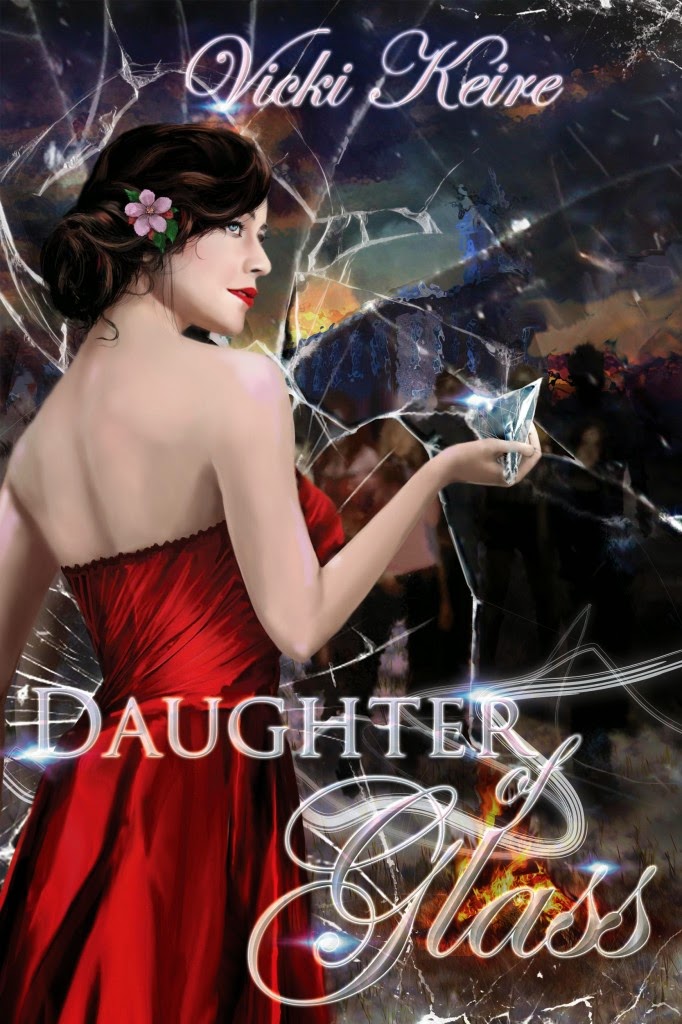 Her father shrouds her in isolation,convinced he's protecting her from the same madness that took her mother. But the seven impossible guardians only she can see insist she's gifted. They protect her from hurt, pain, and fear. They also keep her from feeling love.

Sasha is the mayor’s daughter (town of Whitfield), and her mother was a painter. The opening scene is at the newest Andreas Academy (art) fundraiser and we are introduced to some of the mysterious Guardians that invisibly surround her much of the time and their unusual role of controlling Sasha’s emotions. As her emotions are terrifying powerful and for the protection of herself and others, the Guardians siphon these away from her, unfortunately leaving her in a complete emotional vacuum.

At first, this premise seemed pretty creepy to me. I felt like these so called “Guardians” aren’t guarding her at all but are using her in some way. By the end of the book, my understanding of this changed.

Enter Noah, also a painter, who Sasha immediately has a powerful attraction to because he actually makes her feel something the guardians can't siphon away, and he’s been hurt too. This makes for strong bonding pretty fast, though I thought this was understandable under the circumstances.  But for Sasha to be with him, she has to escape the tight control her father, and her bodyguard, have over her life. Still, budding love will find a way…

They story is well written, with a nice, emotional flavour. I did find that the nearly always present Guardians and Sasha’s continuous internal dialogue with them overwhelmed the story. Noah serves to break some of this up, and move the story forward with respect to opening up what the strange little southern town of Whitfield is actually about. I really wanted to learn more about the hidden things about Whitfield and some of the other residents as these are kept in the background somewhat.

There is a very interesting emotions-attack showdown between Sasha and the evil Mr. Bain (and his guards) from the city council who has ties to her past.  It’s a curious idea that our emotions can be used as weapons that influence and overwhelm others when uncontrolled, as if they have some physical force. I liked this unique take, and it was well hashed out.

This book has some illustrations, usually at the end of chapters. I’m not sure if I enjoyed these or not, perhaps found them distracting? The end also has some excerpts from Angel’s Edge, Gifts of the Blood, also by Vicki Keire.

I did find the rendered book cover to be off-putting and thought about whether I would buy the book even though I was interested in the story line. For me, this would have been a no. Though I own up to being a terrible cover snob and being very influenced by covers. So, a huge thank you to Curiosity Quills Press/NetGalley/Vicki Keire for providing me a reading copy for the purposes of a review.

Vicki is the author of The Angel's Edge series, The Chronicles of Nowhere, and works in two anthologies. You can find Vicki on the web here:
Vicki Keire's Website
Vicki Keire on Twitter
Vicki at Goodreads
Purchase Daughter of Glass at Amazon