Bryn is turning 22 and must register for One Earth Dynamic ID.

Buried in the mysterious N800 texts is a horrifying secret, an ancient evil that Bryn feels compelled to unearth. A secret that may underpin One Earth, the global agency that monitors and tracks everyone.

“I hate to say it, but I think Exeter getting on with Cardiff would really be the best thing, for everyone,” Curran muttered.

“That would just crush Lys if he doesn’t take her with him.” Bryn watched Curran’s expression curiously. A little black tremor shivered down her back.

“You think I like Lys, don’t you?” Curran swiftly assessed her look, not hesitating to tell her what he thought.

“You’ve a right to like anyone you want,” she said tonelessly though it hurt her to say so.

“Yes, I do,” Curran agreed, his dark eyes riveted to hers. Catching her up around the waist, he quickly dragged her up against him, into the comfort of his greatcoat, intimately along his lean length, and pulled her with him into a dark shadowed nook in the stone archway that bordered the Mile.

Her heart beat hitched into high gear at his sudden closeness and warmth. He was what she needed most right now, and the safety she felt in his arms.

“Things have been so complicated,” he muttered as his gaze fell to her mouth. He seemed very tense and held her in an iron grip that both kept her against him and away from him at the same time. “I … just … can’t … ask you this of you,” he seemed to be telling himself. “I don’t have anything, Bryn, hardly myself.”

She could barely breathe, reveling in his lemon-sharp closeness and the fall of his dark hair over turbulent eyes. What was he saying?

Bryn heard his protest and understood him on some level, but it just didn’t seem to matter right now. The only thing she could feel was herself warming, opening to him, connecting to his body, his vulnerable throat, his mouth. Could this be happening? She felt wonderful, breathless excitement. Her hands crept up the warmth of his chest, clinging to the nubby linen shirt he wore. She could see or hear nothing but him. “But you’re everything I want,” she whispered.

“Then I don’t want you mistaken about how I feel about you,” he finally murmured, and bent to her, melding his mouth to hers in a heated kiss.

There was no concept of resistance anywhere in her being and Bryn wound her arms around his neck as his lips fell against hers.

Curran’s arms wrapped completely around her, pulling her so close she could feel the rise and fall of his rapid breathing. This was what she’d been keening for, this intimate, heated connection to him. Enfolded in his warmth, she felt everything she needed was right here in his arms.

He was sweet, and intense. Curran kept her closer, hungry for the taste of her and she was avid to be lost in his warm grasp. He molded her mouth with his, enveloping her, and claiming her as his own. 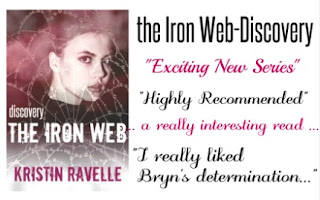