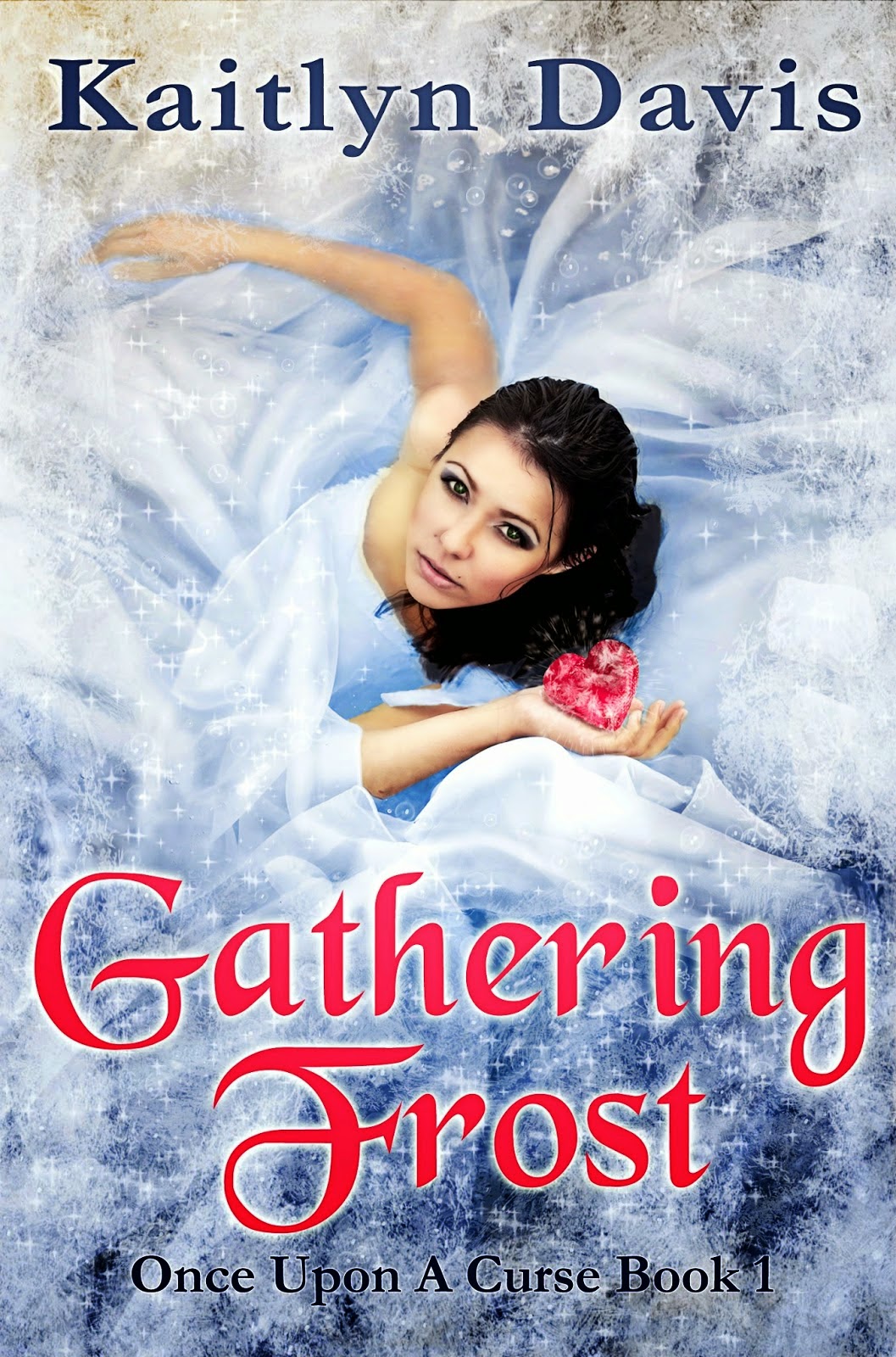 Jade was only a little girl when the earthquake struck. Before her eyes, half of New York City disappeared, replaced by a village that seemed torn out of a storybook. And, above all, a queen with the magical ability to strip emotions away.

Ten years later and Jade has forgotten what it is to feel, to care... even to love. Working as a member of the queen's guard, she spends most of her time on the city wall staring at the crumbling skyscrapers of old New York. But everything changes when the queen's runaway son, Prince Asher, returns. In return for betraying the Prince's secrets to the crown, she'll earn her freedom, but whose side is she really on?
-----------------------------
I love the unusual premise of Gathering Frost, a dystopian fairy tale retelling. This is kind of a crazy world, where the magic realm of Kardenia (and the queen’s castle) is practically side-by-side with the ruin of earthquake-destroyed New York. We see medieval Kardenia versus decrepit ruins of modern New York, crossbow versus guns and bullet-proof vests, and medieval military quarters that house relic museum paintings on the order of Monet. Very interesting combination.

Jade is a young NY earthquake survivor who matures to become a guard at the queen’s castle, and falls under Queen Deirdre’s magical, life-sucking thrall like everyone in her realm. The queen sends Jade on a mission away from Kardenia, and we see Jade gradually coming out from under her evil spell the further away she gets.

It’s great to see Jade thaw out from her stiff military self as she travels further away with the long-missing Asher to the rebel camp. She starts to realize what emotions are.  Jade and Asher's first kiss is so cute - giddy, fun, sweet, spell-breaking.

There are lots of great plot twists in this book that I didn’t see coming, and plenty of action on Jade's journey. Many nice touches like the wall of photos of missing people, and the giants scene.

So, there are many elements to this story that I like, but overall I didn’t really connect to Jade, and was left feeling like something was missing. Lots of action, but I wanted to see more introspection, more description. I like that the book is 203 pages on Adobe Digital Editions, but maybe a slightly shorter length leaves out some time for more character development and relationship building.

This would play out better as a film I think; enjoyable if you're looking for a very light-hearted read. Credit to the author for designing her lovely cover.
My favourite quote:
He meets my gaze. “Then what do they need?”
"They need a killer." I take a deep breath. "They need me."