Kadence Sparrow wasn't born a devil's child—she was turned into one. Now, she's hiding from the truth, and running for her life.

For years, Kade's true nature has lurked behind an illusion, so when her dad gets another job transfer, she knows the drill: no close friends, no boyfriends, and most importantly: don't expose what she is. Ever. Keeping secrets is easy. Lies are second nature. So is the loneliness—and the fear. But when the Shadows attack and Kade meets Cole Spires, he could expose everything she's trying to hide.

As one of the Celestial Children, Cole lives by an oath: defend the Ward, protect the Primordial race, guard the gateways, and stick to his own. Everything else is a distraction, and besides, he’s lost enough. Cole's job is clear, and no one his age does it better. So, when he meets Kade in a club downtown, he assumes she just wants his attention. Most girls do, but Cole soon realizes ... Kade isn't like most girls.

The children of heaven and hell are living among us, fighting an age-old war. And falling for someone from the opposition is not an option. But a chance encounter between Kade and Cole will blur the rules, as Kade's journey to keep her truth hidden catapults them together and into a web of lies, forcing her to not only face the demon inside her, but to answer the hardest question of all. 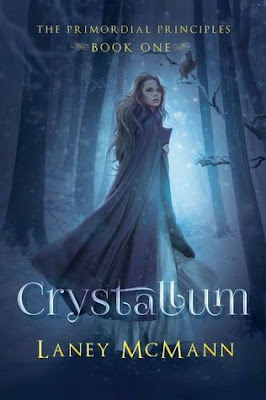 PLUMB STOOD in the driveway, hands on her hips, a piece of bright yellow paper in her hand. Cole groaned, exhausted, as he made his way toward her. The only light was a dim one above the door on the Brotherhood's front porch.

Plumb waved the paper in the air. "It's four fifteen in the morning, and I'm afraid to even venture why I received a notice for you to appear in front of the Warden later today. And Danny has nothing to say, which could only mean one thing—" Plumb looked him up and down. "With the condition you're in, I'm not sure I want to know where you've been."

"You probably don't." Cole held his hand out for the summons.

Plumb handed the paper over, scowling, and Cole slipped it, unopened, into his pocket.

"Are you going to tell me where you've been?"

"Thought you didn't want to know." He walked toward the porch. There was a time, when Cole was much younger, that he never would have spoken so bluntly to his Lead, but those days, buried by all of his new responsibilities within the Ward, had faded. They were close to equals now, even though Plumb was about fifteen years older.

"What were you doing in the middle of the night that the Principals couldn't handle?"

"No...I, no, I wasn't doing a girl. She just...never mind." He headed for the door, flustered. The last thing he needed to do was think about Kadence like that. His brain already went into some kind of jumble every time her name was mentioned, and it was bad enough that she'd had her hands all over him.

“You were with Tiffany? Until four in the morning?" Plumb sounded like a disapproving mother.

"Cole, I understand you're seventeen, and boys—"

Laney is also known for her Fireborn series.
I just love her book covers!

Crystallum is available now at many fine online book sellers, including:
Amazon | Barnes and Noble 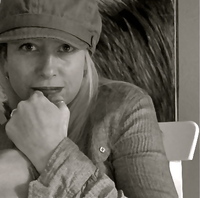