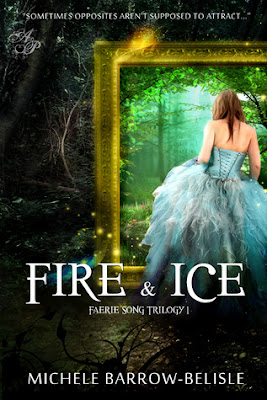 Adventure wasn’t something Lorelei Alundra was interested in. Gifted with two other-worldly talents for singing and healing, she’s always shied away from her gifts and the spotlight, preferring quiet anonymity over attention and fame. But when she meets the enigmatic Adrius, with his dark and dangerous mystique and eyes that could see into her soul, her uneventful life becomes irrevocably altered.

Adrius turns up in every one of her classes and knows more about her than any newcomer should, including the condition of her mother who is suffering from a mysterious illness. Accepting his offer to help leads her into a terrifying and thrilling world where Elves are even hotter than Legolas, and Faeries.... are nothing like Tinkerbell. The two magical beings are fire and ice opposites; one Lorelei can’t help falling for, and the other she's compelled to be with

Now she’s trapped, expected to prevent a war between witches and faeries, or forfeit her mother’s life. Nothing is what it seems. Not her family. Not the Fey. Not even Adrius, whose feelings for her balance precariously between desire and danger. Despite her better judgment, she can’t say away from him.

As secrets unravel and unsettling truths are revealed, Lorelei must fight to save much more than her mother’s life. One mistake could put the fate of his world, and her soul in jeopardy. 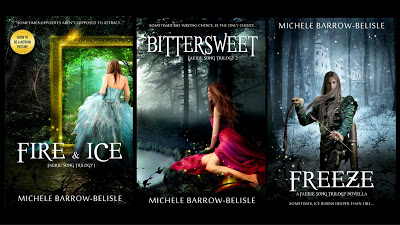 Our protagonist, Lorelei, is a student and behind the scenes empathic healer and wannabe singer in little Drearyton Cove. She’s got quirky/nervous habits of coping with big stress (singing before a live audience) but is something of a philosopher about life in that she notices small details about peoples’ behaviour so we get a bit of inner monologue with sass that gets us into her mind right away.

The amazing appeal of this novel is how the world of Mythlandria, the elven world, is painted. The writer treats us with exotic and fantastic descriptions of her faery world that will fire your imagination and bring you to a very delicious other place. Some descriptions of the elven and their world make me think of Asian anime fantasy/romances mixed in with Disney-esque touches (the author does borrow from established fantasy movies/books). At the same time Mythlandria is incredibly dangerous and Lorelei treads fearlessly into dangers untold.

But, Lorelei is waaay impulsive in the actions she takes when confronted with new situations. She makes snap decisions about important things that lead her into real trouble. I want to be on her side but at the same time am saying, girl, you should have thought about that a bit more, being in a strange, magical land and all! No amount of sass is going to save you from that kind of disaster. This should be a fast learn for a sassy heroine but isn’t with Lorelei. That said, Lorelei’s impulsive choices lead her into fantastic and terrifying new places and situations.

I loved the elven cast of characters. Adrius is beguiling and secretive both at once and we see he is quite torn and conflicted by unknown truths that involve Lorelei he cannot divulge. Michele Barrow-Belisle plays this out well through to the end. Zanthiel, a shadow/demonic fae Lorelei knows she has connections with but before only through dreams, is a great bad-boy foil to Adrius that I found myself so interested in and even rooting for … weird, neat. It’s a good writer that makes you want both the apparent good guy and shadow fae for the heroine. And there are several other interesting supporting characters to fill things out.

The author uses a lot of mythology as the basis for her characters including murderous redcap goblins (goblins that soak their caps in the blood of victims). Lorelei, in German folklore, in one of several variations is a young woman who sits upon a high rock over the Rhine River luring shipmen with her enchanting voice and songs to their death (this theme isn’t played out here but Lorelei being a singer makes one think maybe in next in series …). Originally published in 2013, Fire and Ice is based on the ‘chosen one’ trope so this scenario has been around the block a bit now but the heroine’s modern, sassy stance, fast paced action and visual lushness of the novel kept me from minding much.

The ending is a great segue into the second book in the series without a painful cliff hanger and left me wanting to know more about very interesting Zanthiel, and the truth about Lorelei’s father and fae lineage.

Finally, personally I don’t like the technical thing of 13 lines per page (despite adjusting font and page size to get more lines per page on my Kindle) as it means ‘turning’ pages more frequently, but maybe that’s just me. 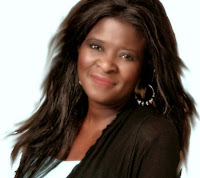 Overall, the visual landscape and fascinating characters in Michele Barrow-Belisle’s fantasy world Mythlandria are enthralling and I can see why Faerie Song has been optioned for a film adaptation (Khando Entertainment). I recommend the series to everyone who loves YA/NA fantasy. I can’t wait to see Mythlandria on screen. 4.3 stars!  Grab your copy at Amazon !
My thanks to the author for a reading copy in exchange for an unbiased review. You will find Michele on the internet at the links below:
Author Website | Twitter | Pinterest | Instagram | Facebook