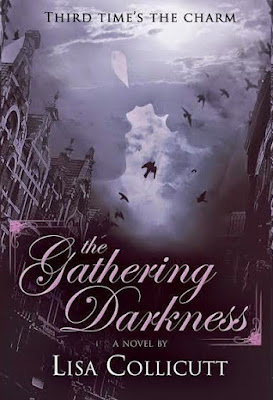 They say "third time's the charm", and for sixteen-year-old Brooke Day, they had better be right. She’s been here before, twice in fact, and an evil demon-witch wants her dead a third time.

When Brooke is forced to leave Boston for the small town of Deadwich, she thinks her life is over. Before long, her new friends start acting strange—downright evil. But worse than that, nightmares she’s had her whole life become reality.

Enter Marcus Knight; popular, hot, and the only person Brooke can trust. Not to mention, they’ve shared the same nightmares.

With the discovery of an ancient Celtic amulet, Brooke and Marcus unravel the secrets of her past, which reveals the key to her future.

Brooke Day is sent to her aunt’s in Deadwich for the next school season, and given a part-time job at the spooky Ravenwyck Inn. This means a new high school, friends, boys, and all the social awkwardness of fitting in. Right away Brooke starts to have creepy visions, and returning nightmares. She and high school hottie, Marcus Knight, find an ancient Celtic amulet during a party weekend that seems to bind them together somehow and the story unravels around the amulet.

The Gathering Darkness is an entertaining, easy read about reincarnating lovers who have found each other again in a new life in order to vanquish old betrayals and ancient witchcraft reaching out to destroy them in the present.

Overall, I found the cute social awkwardness of young love and teen life to be a little more than I was expecting. Somehow I did not want to think that Brooke is just 16. Or maybe I was lucky/clueless at 16 to not really be fazed by all of the stuff.  For me, in this case, less on this is better for good writing.

Early on in the story, the Celtic amulet plays a large role, giving way in the second half to witch lore and dark practices, so intriguing to readers with an interest in witchcraft.

As Brooke and Marcus begin to realize that something bigger than them is going on, I really like that Marcus brings Brooke to see his uncle, a wiser/mature person for help, though in some ways this gives an easy, fast explanation about what’s happening to them. Marcus I think is a really nice guy.

I enjoyed the creep factor descriptions, especially of Maggie, Ravenwyk’s owner, that hint at what she really is. Maggie is a great villain who will do anything to attain her own interests.

Brooke’s fairy origins are intriguing, though I feel that this hampers rather than helps define her character and draws away from the core story. Her fairy blood becomes essential but this story element I think could have been handled in a different, more intrinsic way that would have made the story more concise.

So, I felt the story and plot line were interesting and secondary characters okay-decent. I think the 16 year old group will really vibe with this, and recommend reading this interesting novel to all young at heart.  3.75 stars

Lisa on the Web: